What Does It Mean To Be Reformed? 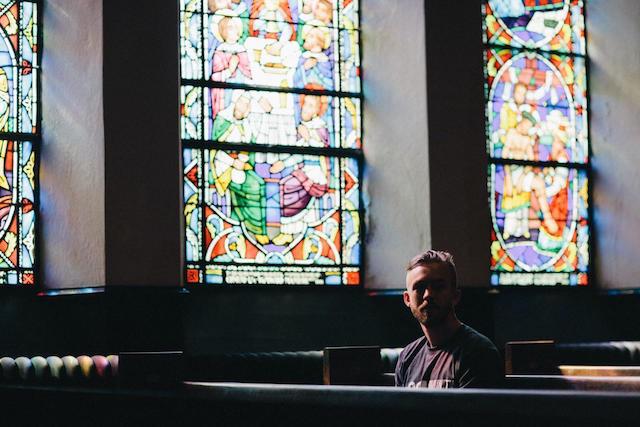 In the last two decades we have seen the rise of the “young restless and reformed” and something of a resurgence of “reformed” theology generally. Whether you think this upsurge is to be lauded or condemned, it is clear that “reformed” has become something of a buzz-word. It shows up in Twitter bios, memes, and in the self-descriptions of celebrity pastors and teachers.

This sudden proclivity for identifying oneself as “reformed” has caused both confusion and controversy. What does it really mean to be reformed? Can anyone simply adopt that term? What about those who say that most of these newly self-declared “reformed” folks aren’t really reformed at all? As someone who has come to identify as reformed in recent years, I’ve given this a good bit of thought. Though I don’t expect to solve the debate for most, if any, I do hope to explain and defend my own use of the term.

In the Broad Sense

To begin I will look at how, I believe, the term is used most often, particularly in the “reformed resurgence”. Granted, this is a fairly broad definition for I’ve attempted to be as inclusive as possible without making the term meaningless. In short, I think the term reformed, in its broadest sense, encompasses minimally these five characteristics.

First, to be reformed is to be catholic. This is not a reference to Roman Catholicism, which is wholly antithetical to reformed theology. Rather I am using catholic in the old, indeed the original, sense of the word, to mean universal. Any who profess to be reformed must affirm the basic doctrines held by the church though the ages such those set out in the ecumenical creeds—the Apostles Creed, the Nicene Creed, and the Athanasian Creed. All the reformers held to these beliefs, and taught accordingly, as have all the historic reformed churches.

2. A High View of God’s Sovereignty

Second, to be reformed is to have a high view God’s sovereignty, meaning that God is not merely potentially sovereignty (de jure), but actually sovereignty (de facto) over all things. This was not only the perspective of the reformers, but is the unanimous declaration of the historic reformed confessions. The Westminster, Savoy, and London Baptist confessions all affirm that God decreed, or did ordain, “whatsoever comes to pass”. Likewise, the Belgic confession states that, “God, after He had created all things, did not forsake them or give them up to fortune or chance, but that He rules and governs them according to His holy will, so that nothing happens in this world without His appointment”.

3. A High View of Scripture

Third, to be reformed is to have a high view of Scripture. The “formative doctrine” or “formal principle” of the reformation was the view that Scripture, and Scripture alone, is the divinely inspired, authoritative, infallibly true Word of God, and is therefore “[t]he supreme judge, by which all controversies of religion are to be determined, and all decrees of councils, opinions of ancient writers, doctrines of men, and private spirits, are to be examined”. (LBCF 1.10) This high view of scripture is often represented by the Latin phrase sola scriptura, meaning “Scripture Alone”, and was universally held by the reformers and affirmed by all the historic reformed confessions. This, along with sola fide is the very essence and marrow of Reformed theology.

Fourth, reformed believers will hold to penal substitutionary atonement as primary. Again we need look no farther than the writings of the reformers and the written confessions of subsequent generations to see the centrality of this doctrine expressed with universal agreement. The London Baptist Confessions is clear that by his death Christ “underwent the punishment due to us, which we should have born and suffered, being made sin and a curse for us” (LBCF 8.4) and thereby “has fully satisfied the justice of God, procured reconciliation, and purchased an everlasting inheritance in the kingdom of heaven, for all those whom the Father has given unto Him.” (LBCF 8.5) Likewise the Belgic confessions affirms “that He has presented Himself in our behalf before the Father, to appease His wrath by His full satisfaction, by offering Himself on the tree of the cross, and pouring out His precious blood to purge away our sins” (BC 21). Nor is penal substitution merely incidental to a reformed understanding of soteriology it is essential.

Fifth, to be reformed is to hold to calvinistic soteriology. This is often the first thing that many connect with “reformed theology.” Though Calvin was neither its inventor nor its loudest proponent it is forever tied to his name. Though not exhaustive, the best know summery of this view comes from the Canons of the Synod of Dort. Responding to five points of disagreement brought by the Remonstrants, the Synod produced five Canons which form the substance of what is anachronistically called the “five points of Calvinism”. Again, the Biblical doctrine of Salvation as defined therein is found everywhere throughout reformed history and writings.

These basic elements make up the popular understanding of what it means to be reformed. Certainly anyone who cannot wholly affirm these five points (no pun intended) has no grounds for calling themselves, even in the broadest sense of the word, reformed. The question however, remains, are these enough? Is this all that it means to be reformed? For example, catholicity and a high view of scripture, as defined above, would apply to the majority of conservative evangelical Christians over the last 100 years, yet most of those would repudiate the reformed label. Similarly, penal substitution is affirmed by many groups, such as the Assemblies of God, who likewise reject reformed theology.

I want to propose a more narrow definition as a better solution. The term “reformed” has a long historic roots. A careful look at the teaching of the reformers, and the confessional documents and writings of those who followed in their footsteps reveal five additional points of unity which are distinctive of the reformed churches.

To be reformed is to hold to some form of covenant theology. The understanding that God relates to man through covenant and the recognition of the covenants of works and grace as foundational (though some use different terminology) are found throughout the reformed confessions. Although there are differences regarding specifics the basics are shared universally.

2. A Reformed View of Law & Gospel

To be reformed is to have a specific view of the law and the gospel. The reformed confessions are clear that the moral law “doth forever bind all” (LBCF 19.5). Being made free in Christ, we are no longer under the law as a covenant of works, however the moral law remains God’s standard of conduct to which true believers will adhere (1 John 5:3). The gospel is the good news that Jesus perfectly fulfilled the law in our place. We cannot be justified by keeping the law, we need the gospel. However, we cannot understand the gospel without the law—both are essential!

3. A Reformed View of the Ordinances and Means of Grace

To be reformed is to have a specific view of the ordinances and means of grace. The reformed view is that these are true means by which Christ ministers grace to us. Thus the ordinary means of grace, such as reading or hearing God’s word preached, is not just a devotional act of intellectual exercise, but a means by which God gives grace to aid and grow us in our walk with him.

Likewise, the Lord’s supper is more than just a bare memorial. It is also a means of grace to the believer. This is often misunderstood because of the perversion of the Roman Catholic teaching on transubstantiation.

The London Baptist Confession reads, “Worthy receivers, outwardly partaking of the visible elements in this ordinance, do then also inwardly by faith, really and indeed, yet not carnally and corporally, but spiritually receive, and feed upon Christ crucified, and all the benefits of his death; the body and blood of Christ being then not corporally or carnally, but spiritually present to the faith of believers in that ordinance, as the elements themselves are to their outward senses.” (LBCF 30.7)

The same concept is affirmed in the Belgic Confession, “This feast is a spiritual table, at which Christ communicates himself with all his benefits to us, and gives us there to enjoy both himself, and the merits of his sufferings and death, nourishing, strengthening and comforting our poor comfortless souls by the eating of his flesh, quickening and refreshing them by the drinking of his blood.” (BC 35)

While the reformed confessions are clear in rejecting transubstantiation they are also clear that the Lord’s Supper is more than just a memory.

To be reformed is to accept the regulative principle of worship. This principle, simply stated, is that we are not free to invent ways to worship God, but that God alone determines how he is to be worshiped rightly. The principle that regulates how we worship him is what the scriptures clearly teach or present as our example. Again, the London Baptist confession exemplifies the position of the reformed creeds by stating, “the acceptable way of Worshipping the true God, is instituted by himself; and so limited by his own revealed will, that he may not be worshipped according to the imaginations, and devices of Men, or the suggestions of Satan, under any visible representations, or any other way, not prescribed in the Holy Scriptures.” (LBCF 22.1) None who ignore or violate this principle can claim to be standing in the historic reformed tradition.

This final point of unity should come as no surprise given the above quotes. To be reformed, at least in the sense of being a part of the historic stream of reformed theology, means affirming one or more of the historic reformed confessions. There are many confessional documents that have emerged from the reformed churches over the last 500 years. However, among the most complete and widely recognized would be the Westminster Confession, the Savoy Declaration, the Second London Baptist Confession, and the Belgic Confession or Three Forms of Unity. These documents set down in detail the beliefs and teachings of reformed believers in the past centuries, and serve as a pattern against which to measure the claims of reformed identity.

Conclusion: A Call for Clarity and Charity

While I understand the allure of adopting a popular term, I believe it would be more accurate to apply the label “reformed”, primarily, in the more narrow sense outlined above. Remember, theological words have historic substance. Overly broad usage of a term can often confuse, and, over time, may even empty it of its meaning.

My goal in writing this is not necessarily to convince those whose views on this issue differ from mine. I have not so much argued my case, but have simply stated my understanding. I hope only to explain my use of the term reformed, and perhaps to cause others to think through this issue more carefully.